“I guess you don’t care about Raw OR the Women’s Evolution.”

I’ve been fuming over this line from Kurt Angle ever since the segment on Monday’s RAW where he threw it into Bayley’s face. Bayley had finally snapped and beaten up Sasha Banks after months and months of a slow, agonizing and frankly stupid sort of “passive-aggressive frenemies you know how women are!” storyline played out. After destroying Sasha, leaving her prone while screaming “YOU AIN’T SHIT!” into her face, Bayley rushed into Angle’s office to explain herself. Instead, Angle cuts her off and drops that line, saying that Bayley finally taking out her frustrations on someone who’s been a bad friend for almost a year now is somehow detrimental to “The Women’s Evolution.”

I guess the good thing about Corporate WWE’s stance on female empowerment is that when Stephanie McMahon isn’t there to explain it to us, she can hand it over to the next best qualified person: a 50 year old man.

I wasn’t quite sure how to say all of this before, but earlier today I read Allison Glock’s incredible piece on Ashley Fliehr, the woman behind WWE’s Charlotte Flair, written to accompany the queen’s appearance in ESPN’s Body Issue. There’s a line, though, that stopped me in my tracks because of how true it rang for me.

“My job is healing to me,” explains Fliehr, standing up from her chair, face painted, hair rolled. “Charlotte is the woman you want to become. A strong, groundbreaking, independent female in a male-dominated world.”

She pauses, a sly smile breaking across her face. “I’m embracing the power in it.” 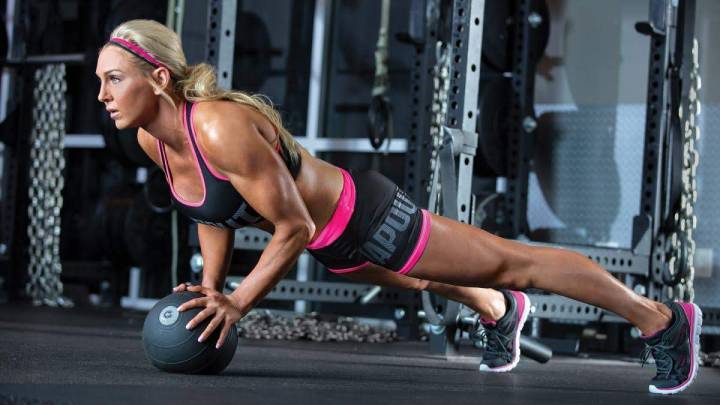 I’m someone who’s spent a year now asking “Where’s my freaking revolution,” but I’m not sure how many of my readers really know why. I’ve had plenty of helpful people tell me that I can walk away from the WWE, that looking for a revolution there is stupid and I’m stupid for critiquing it, that I’m only looking to make myself angry by doing so. I also warned you that going forward things were going to get a little more personal.

High school was difficult for me. I was, to put it lightly, an outsider. I had been bullied through middle school for any number of reasons, the book Reviving Ophelia might explain it as a side effect of my refusal to conform socially to what was expected of and from other girls my age, I’ve had other people tell me it’s more likely I asked for it by being “weird.” I tend to look at it as the fact that I had a radical commitment to being myself.

It hit its worst point my sophomore year of high school. I was teased by upper classmen over rumors of varying accuracy. This was done openly, in a study hall, while my Geometry teacher encouraged them. That was the year my locker was broken into, an entire notebook of my writing was destroyed, a needlepoint reading “Shhh, I’m talking to Jesus!” was left as a gift and the school did nothing. The idea was entirely that I brought it all upon myself for being different.

That was also the year I began watching wrestling in earnest. I had watched when I was much younger and I had stopped watching after Jake the Snake turned on Ultimate Warrior by fooling him into opening a casket with a cobra hiding inside of it. While Jake and The Undertaker laughed over the fallen Warrior, I panicked. I really and truly thought The Ultimate Warrior had died. Hashtag still real to me?

I watched a single episode of Monday Night Raw to appease two friends, twin sisters who told me I had to check it out for a guy named “Edge.” But I was instantly hooked. It was nearing the end of the Attitude Era, just two months before The Rock’s infamous heel turn at Survivor Series, and I was rapt. Here was a world where the weirdos and the underdogs were fighting back against this ideal of corporate perfection. I was tuned in the night Mankind beat The Rock, becoming the champion and doing a victory lap with DeGeneration X.

If the rebels against “should be” could win there…then why not in my real life?

Lita’s arrival and Chyna’s run as IC champion would cement this for me later on. Here were two women who fought like guys, who sometimes actually did fight guys and win. And here were arenas cheering for them. Lita especially was someone I idolized: a tattooed tomboy who did her own thing, triumphantly, despite what the norm for women in the company was.  There was power for her in being herself. Couple that with my love of Buffy where I took away a similar message. I remember specifically at Fully Loaded in 2000 when The Hardy Boyz removed their shirts and Lita followed suit, pulling off a Girl’s Rule baby-tee to reveal her sports bra underneath, that was revolutionary for me. Because no matter what the reaction it didn’t read as “sexy” to me, it was just Lita doing what the boys were doing, what other athletes in the ring with her were doing.

It was years later that Lita once again became a beacon for me. In college I began dating a guy I really thought was great. And it seemed like he thought I was great. We started dating, very quickly it became serious, a year later we were engaged. And all I had to do was give up myself, my family and any friends who pointed out how badly he treated me and what he was doing to me emotionally and mentally. I spent most of my time in college chained to an abuser but feeling like I had no other place to go.

While he was out of town (cheating on me, as luck would have it), I fought back against my ever increasing social anxiety and went to an auto show where Lita was signing autographs. And I walked away feeling so light, so incredible, so invincible. And I thought, hey, what if I could feel like this all the time? 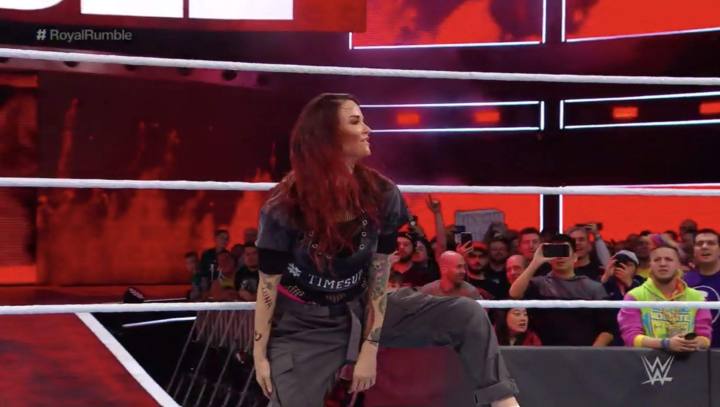 It was months later that I finally broke it off with my fiance for good. But it started with that ridiculous little exchange at a convention center in Pittsburgh.

Charlotte has shared a story about her own experience with abuse. She talked about a boy she met in college and married who robbed her of her friends, her passions, her own life. She gave up sports for him. They divorced in 2011. In 2012 she began her wrestling career and found herself again.

There are plenty of stories like this one, like Sasha Banks finding strength and escape in wrestling during a youth spent helping to take care of an autistic younger brother, like AJ Lee’s stories about how wrestling helped her survive being homeless as a child and an abusive relationship with her bipolar mother. And I know there are plenty of stories out there untold about how women who found the strength to overcome because of professional wrestling.

I want that to be there for other girls, other women, other people just finding themselves, when they need it. And like it or not, smarks, WWE is still the most accessible option for watching professional wrestling in the US. Soon to become even more so when Smackdown moves to Fox in 2019.

So you know what? Maybe there were girls who saw Bayley stand up for herself against Sasha after everything that’s gone on this year. Maybe they’re in a similar situation. Maybe they’re not, but seeing that girl suddenly explode and realize she has a right to be angry, she has a right to fight for herself, she deserves better? Maybe that spoke to them. Maybe someone got the strength to walk out on an abuser or to leave a bad job or hell even just to get up and keep going on the next morning despite feeling broken down for whatever reason.

So if WWE wants to feed us some faux-empowerment BS about “you have to support other women no matter what” I hope nobody swallows it. Your evolution and your revolution is what you make it. And even if the WWE as an entity doesn’t care about that, I sure as hell know there are women in that ring who do.

[Charlotte] takes a slurp of water from a jug. “I want to be that standard-bearer. I want a female revolution.”

As always, if you enjoy what you’ve read here please consider contributing to my Patreon.

This site uses Akismet to reduce spam. Learn how your comment data is processed.

Home of “Where’s My Freaking Revolution” and other (mostly feminist) wrestling commentary and content.